Currently we’re in the village of Listowel, having tea and scones in John R’s Foodhall. The tea is strong, the scones are very tasty, it’s a local place, only Irish accents can be heard, the bill is hand written, the service oh so friendly and helpful. There is a poster congratulating “our Limerick neighbours” on winning the All Ireland Hurling final on Sunday. They also offer luxury accomodation, what a versatile place.

So what did today look like? Now, the day is done and I’m reflecting back on the whole day as I sit in our B&B in Dingle, overlooking the Dingle Bay, sipping a Jameson’s Crested Whiskey, fecking tough life it to be sure to be sure.

Galway, breakfast at the Skeffington Arms or the Skeff as it’s revered to is included in the price and it’s a sumptuous affair on level 1. The first thing you notice is the ornate wood panels of the carved ceiling, the stained glass, the little stairs up and down, lots of things. It was built in the 1600’s and a fair while later turned into a hotel. The breakfast is good, and large, the usual affair over here, we leave we’ll sated, ready for the long day ahead.

Today’s newspaper, The Irish Independent, gives us the issues of the day in Ireland;

To make up for it I manage to get out of Galway without problems and we head south towards The Cliffs of Mohr. It’s a pretty drive along the coast.

The Cliffs of Moher are a seething mass of people, buses and cars, it’s like everyone in Ireland is here. We check the Cliffs out, as the deputy navigator says ” you’ve seen one cliff you’ve seen them all” , and that’s it, we’re outta there. I’m not convinced she is motivated to do a lot of site seeing, but I do notice that she is a lot more excited when we approach what constitutes shops, I’m sayin no more, for I feel I might be copping a bit of a backlash now.

We cross the Shannon on the ferry, €18 it cost for us and the car for a crossing that takes about 20 minutes, we were lucky, just arriving on time after Tom had taken across country through the backlanes of Kerry. 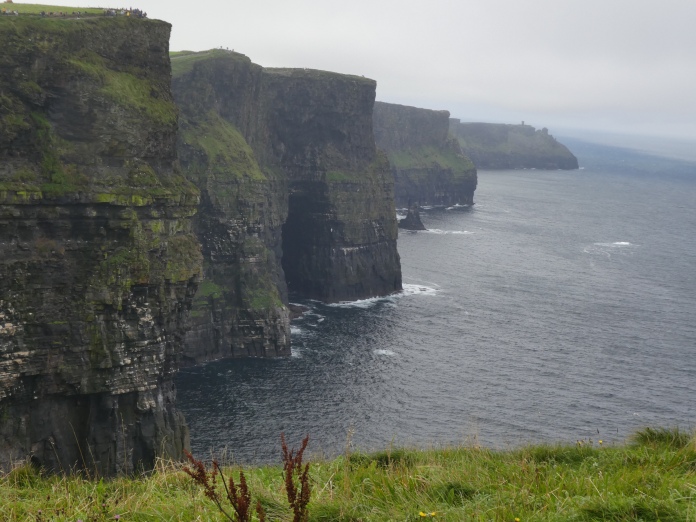 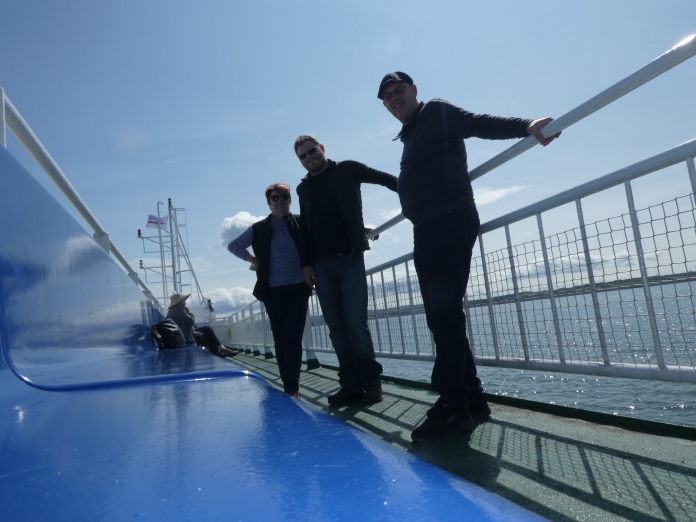 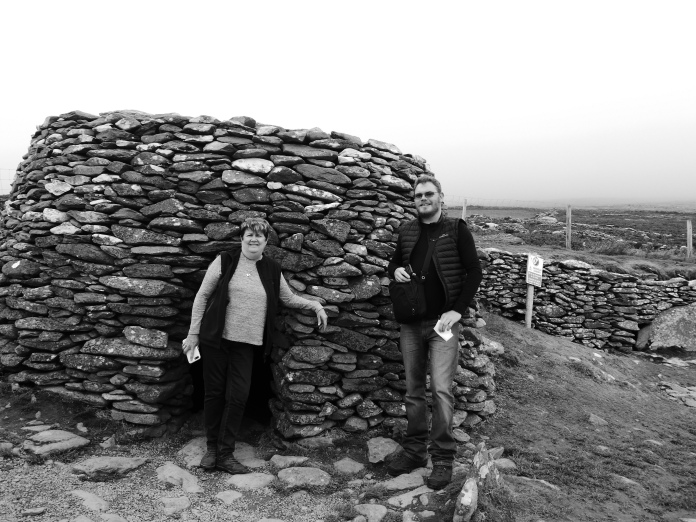 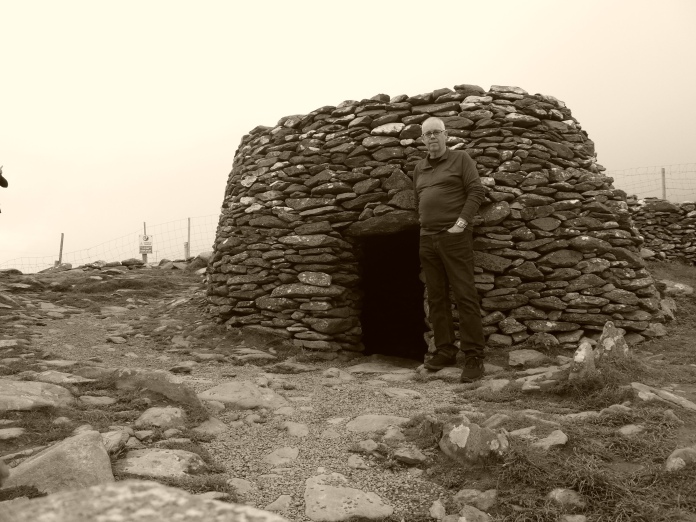 The Villages of wild Atlantic coast are quaint, and the slow drive through them is very enjoyable, I reckon they would be a hoot at night.

Tom, our trust gps, decides to take a track through the scrub, a one lane goat track over hills and dales, I’m tense, leaning over the wheel watching for tractors, dogs, cows, cyclists, if a cyclist is coming the other way they’d have to dismount, it was scary, meanwhile the co-driver and navigator are laughing. If Tom does this again, I’ll pelt his feckin plastic and computer chipped gps self out the feckin window never to be seen again- the scheming bastard it is.

We stop at Listowel, a village heading towards Dingle for a bite to eat and a tea. Scones are great, tea is strong and lots of flavour, the bill is handed to us hand written, old style. This looks like an interesting town, maybe a bit more than a village?

We reach Dingle about 4.30pm, straight to the shops, some stuff bought, some to think about. The streets are busy, but we find out later most are probably day trippers and by evening they are gone. Our B&b is Dunlavin House, on the start of the Dingle peninsular, a beautiful place looking over the water. We then head out to the Beehive huts, Stone huts built and used by free farmers in the early Christian period but they would have been lived in from ancient times till about 1200AD.

back to Dingle for dinner at a pub, some more shopping and then back to the B&B. A long day, so I sit, I write, I sip my whiskey and try and recap the day. You’d think there would be better things to do wouldn’t you!