A little perspective, China is a bit larger in area than Australia, but we have about 25 million people and China has 1.39 billion people. Suzhou, which most people have never heard of, is 13 million people, and Shanghai has about 26 million people. Suzhou was settled about 500 ad, so it’s a very ancient area. It was the capital of the Wu kingdom. A lot of information spews out of our guides mouth, statistics, history, political, economic, you name it an he has been to Australia many times so he seems to have a need on Aussies.

The Electrician and I decide to go for a walk before the bus leaves, a wide pedestrian crossing, green light so I wade out into the traffic, using the lessons learned in India and dodge the silent electric bikes and cars and make to the other side.The Electrician hesitates, misses the groove in the traffic and has to wait for a light change, but he gets it sorted and we wander down the street but nothing is open really. We meet a young bloke, maybe 14, who wants to talk, I reckon practicing his English, he’s off to school with a kilometre still to walk.

The bus loaded and at 8am sharp we’re off to the Lingering Gardens, the former home of a wealthy Suzhou family that had pavilions for every different season, with magnificent gardens, water areas, and a fantastic bonsai area, some plants we are told are over 250 years old. It’s very peaceful area, at least it would be if it wasn’t for all the tourists! We corner the fridge magnet market and run a little late for the bus but no rebukes from our fellow travellers – yet.

Next is Suzhou Silk Expo Museum, really a front a silk sales factory outlet, we’re given a run down on silk production by Tim (clearly not his Chinese name). We learn about how this area is the best climate for mulberry trees and as such 13 % of China’s silk is produced in this area. Now Tim is as smooth as silk, no pun intended, he can sell, he works the crowd over expounding the benefits of silk dooners, silk underpants, silk pillows, and I’m almost converted, but not the Navigator, she holds firm saying what we have at home on the bed is perfectly ok. We find out Tim has been to Australia and loves Penfolds wine, especially 389 and 407. A lovely mans scarf is sold to The Mechanic, he’s up and running in the shopping stakes, has even beaten his mother out of the barriers, but the race has a fair way to go yet. Lots of the group bought gear and I think it’s very high quality stuff that looks nice but apparently we didn’t need any of it, I’m in disbelief that The Navigator abstained.

We move on to a canal cruise, Suzhou is known as the Venice of the East, it’s much older than Venice but more crumbling and in need of a little scrub up, but lots of the tourists in the area are Chinese and not many Europeans. The Electrician and I miss an opportunity to eat wantons and dumplings for lunch, our fault because we hesitated, so we find another place and have a pretty authentic Chinese meal of shark, chicken, noodles with green stuff and chillies – with a green tea for cooling down the chilli hit.

Then the bus ride through a rural area, heading the Hangzhou, intensive market gardens, hothouses, paddy fields, ponds that looked Iike aquaculture setups, with high rise apartments in groups in amongst the agricultural. The roads are fantastic and the traffic moves pretty well.

Hangzhou is the home of Chiang Ki Shek, the bloke who was leader of the Chinese Republic from 1911 to 1949 when Mao’s revolution rested power in China away from him.

Our Hotel is the Pujing Gardens Hotel, beautiful foyer, but we’re on the 8th floor, the wallpaper is falling off I places, the rooms seem ok but the wifi doesn’t work. So maybe this blog won’t post until tomorrow when we’re in Shanghai.

Dinner for me was 9 courses with most of the group at a local restaurant, beautiful food for 55 yuan ($12) and a 500 ml beer with a green label and Chinese writing of some description was 15 yuan ($3)

The 28 people in our group seem a pretty good bunch, no real pains stood out so far.

Cheers from Hangzhou, tomorrow we’re off to Shanghai. 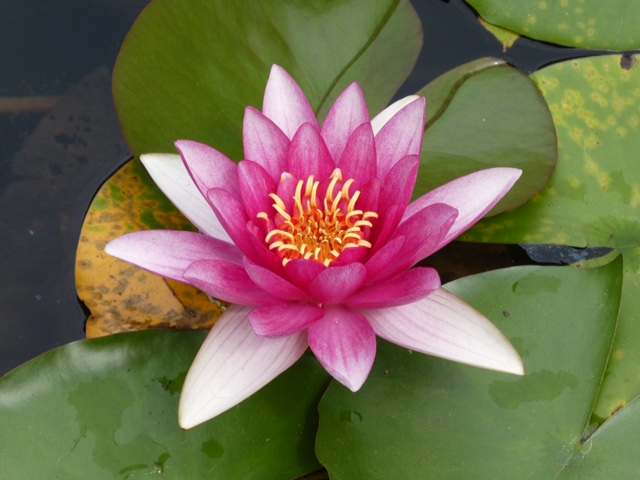 From the Lingering Garden in Suzhou 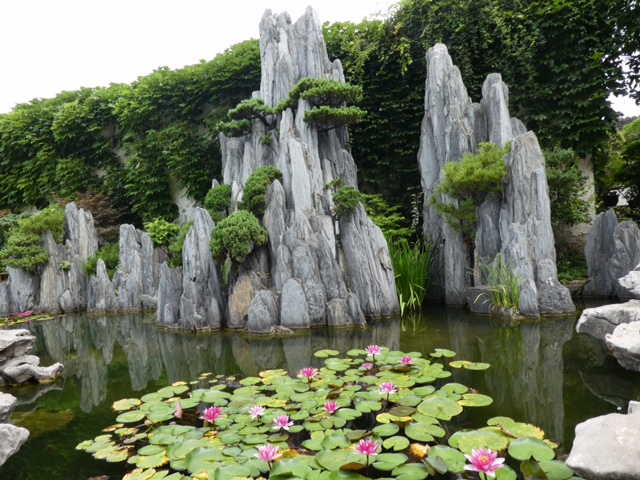 Suzhou canals – the Venice of the East

Clipping you toe nails for all to see, a bucket?