So, continuing on about yesterday, before I forget the details.

Our tour leader is Cesar, what we see is he’s a swarthy looking man looks likes he’s Spanish, late 30’s, thick beard, ear ring, English accent. What he tells us is, he has English and Argentinian heritage and raised in Oxfordshire, he’s done a Masteres in Music, a Masters in History and now he’s doing  Masters in the Histriy of Music, he’s very good at explaining the origins of WWII which is pretty much the way I learned it from Greg Valentine in HSC history at Farrer in the 70’s, when the Cold War was going strong and the Berlin Wall was still standing strong with Glasnost a long way off. The difference is that on our way to Sachsenhausen Concentration Camp, and hearing about the early days of the Nazi culling process and how they ramped it up as the war got closer and then again when the end started to become inevitable with things like the Sachsenhausen death march which was really a way to cheaply kill all the prisoners before the Russians arrived, the Japanese did similar things at Sandakan.

The train trip out to the camp is confusing, it’s about 1 1/2 hours out of the centre of Berlin but there is some line problems and Cesar goes to a Plan B route with a few changes.﻿ 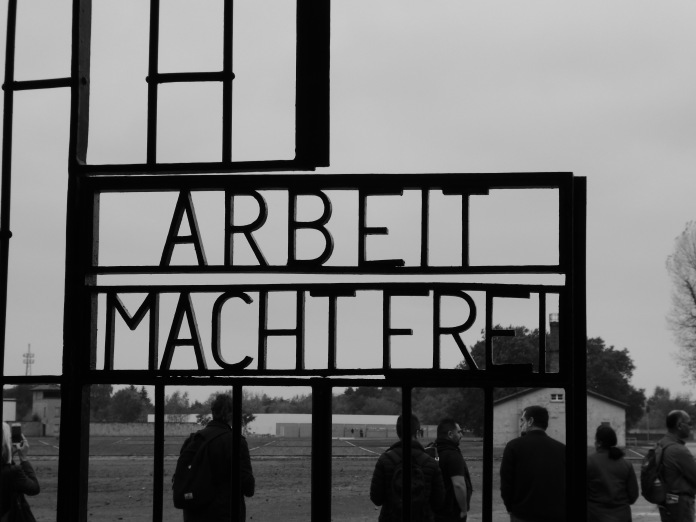 This means “Hard work makes you free”, not sure it actually worked that way in Sachsenhausen 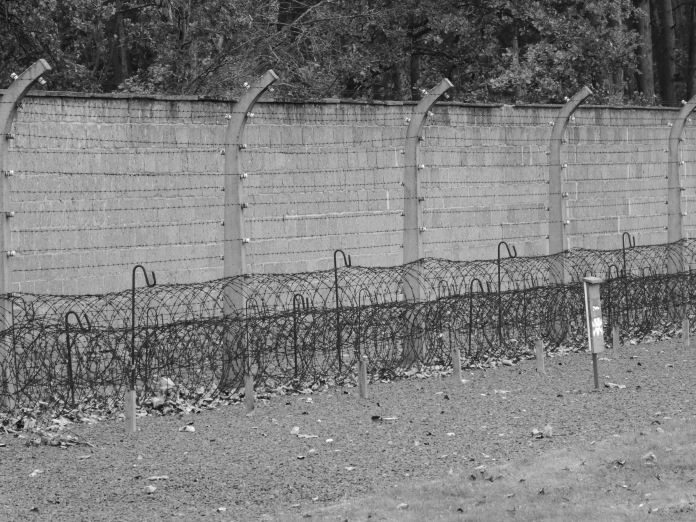 The inside fence, inside this there was another border of about 3 metres where to set foot on her means instant death 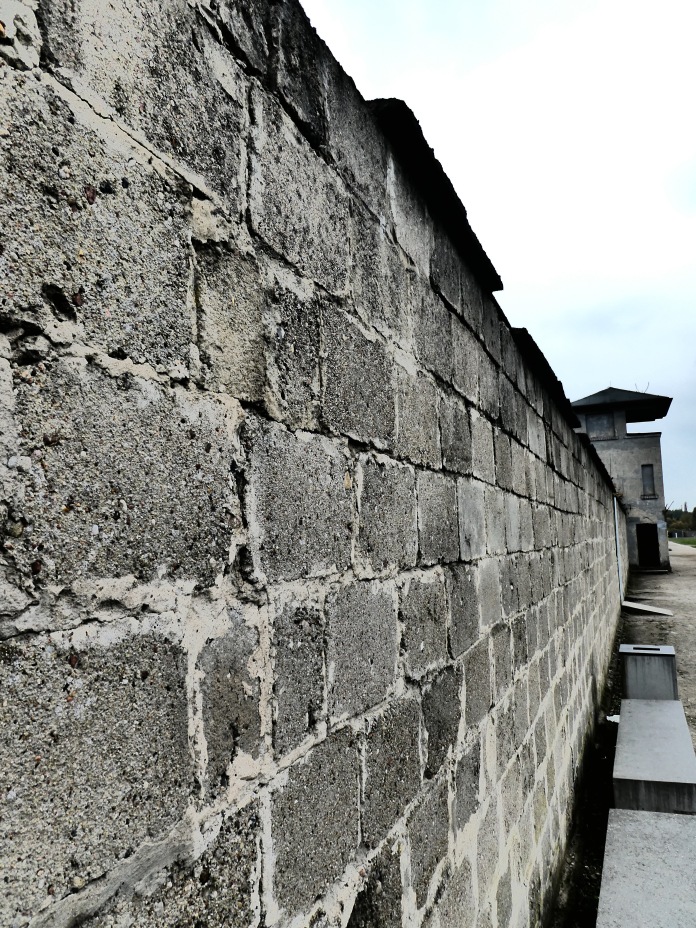 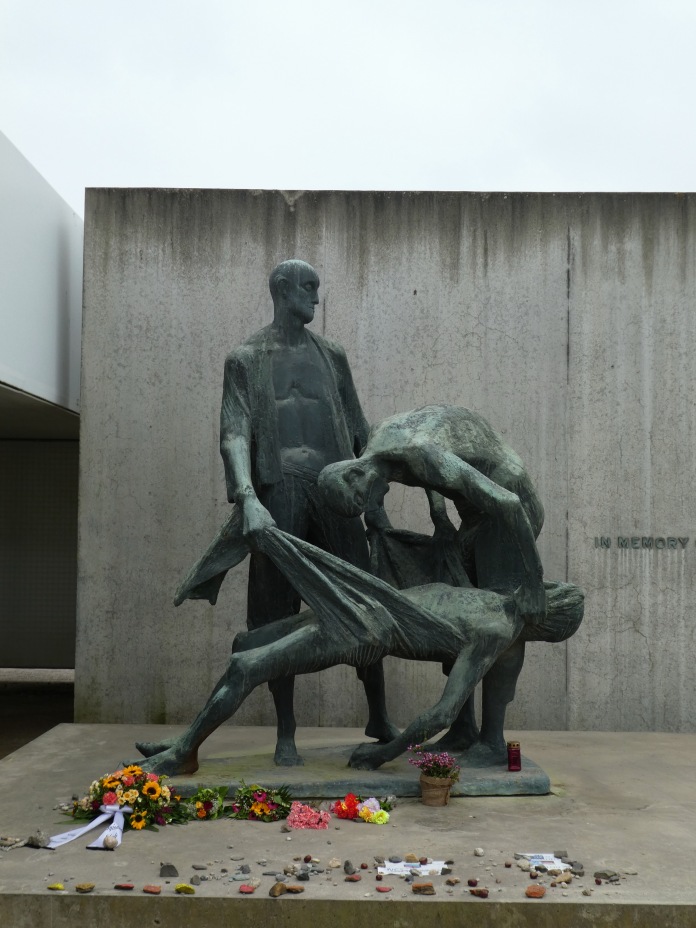 Memorial near the gas and other execution area

﻿We met Deb and Tony from ﻿Adelaide on the tour, they’re from Adelaide, he’s a just retired cop,and she is still working. They’ve been travelling for 7 weeks and still have another  week and a half to go. There are a few other Aussies in the group.﻿

When we get to The town where Sachsenhausen was set up, its bleak, the cloud has come in. We get off the train at the station that hundreds of thousands of Jews, Gypsies, socialists and other minorities that the Nazi’s could lay the blame on the loss of WWI and the depression and hyperinflation afterwards on, first got off on the way to their way to death either through starvation, execution, hypothermia or torture. We walk the 2 kilometres to the camp that they would have walked, past houses that were then the Nazi SS officers houses, into the administration area and the the camp. The gates to the actual Concentration Camp have the words “Arbeit Macht Frei” on it, which means ” Work will make you Free”, all it did was make most of the incoming people dead. Inside the camp there are testing grounds where the prisoners were made to walk for kilometres testing different boots for different surfaces, if they fell they got shot, but it was important work because after a rifle the most important thing to a soldier was his boots. We see the area where they executed  thousands of Soviet soldiers through a ploy of measuring their height but as the backed into the measuring pole they were shot through the head via a hole in the all behind them, the gas ovens with Zuklon B which ended up being the cheapest and most effective method of liking people came a little latter. They even thought of the stress that the killing would have on their soldiers, it’s all difficult to process.﻿

The return train trip is pretty quiet, we end up back at Haeckersher Markt, and Genelle is happy, the sun is out and the  stalls are still going, so after being a little bored with war and torture stuff ( she’s well versed in all forces of torture anyway), she’s back in her natural environment, more shopping ensues. Then we run into  the Adelaide guys again and have a drink and a yarn about the important things in life – sport and more sport (I’m joking – sport is more than just important!)

We stroll through the market area at dusk and wander uphill towards Invallidenstrase, finding an M10 tram that we think will get us home. It does and we rest back at the hotel for a few minutes before heading to Hauptbahnof to gate our tickets for tomorrow’s trip to Prague. We spot a fish and chip place in Hauptbahnof and have a little grease, potato and North Sea krill for dinner, thank goodness I had the gall stones out a long time ago, but good stuff to line the gut I say, at least the oil is fresh and not burnt. 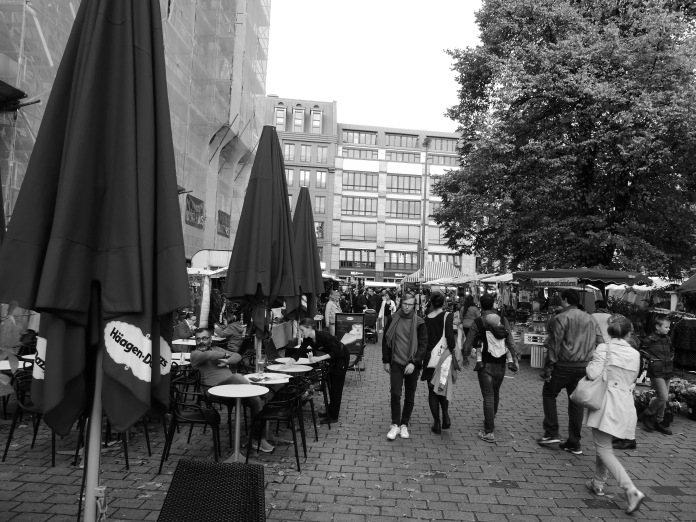 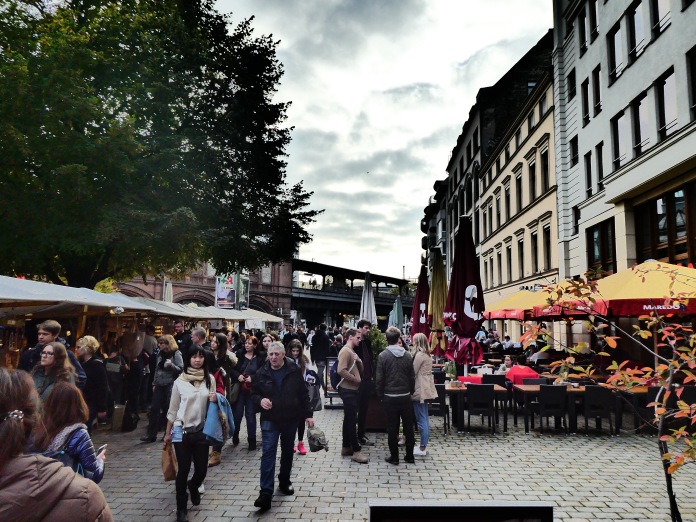 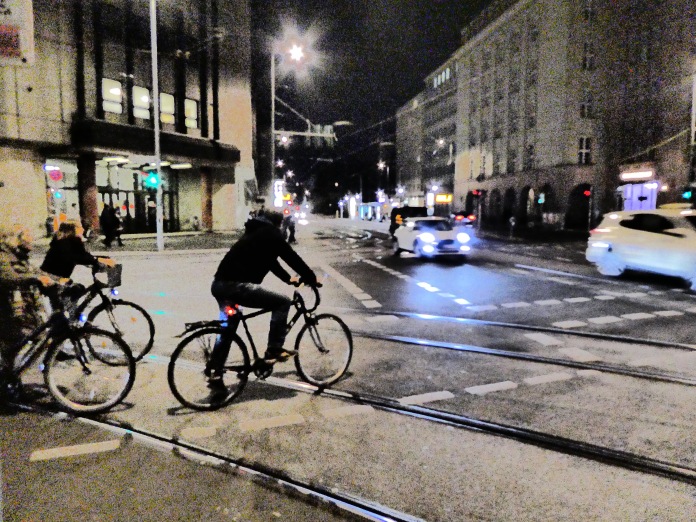 ﻿
Ciao from Berlin for the last time.